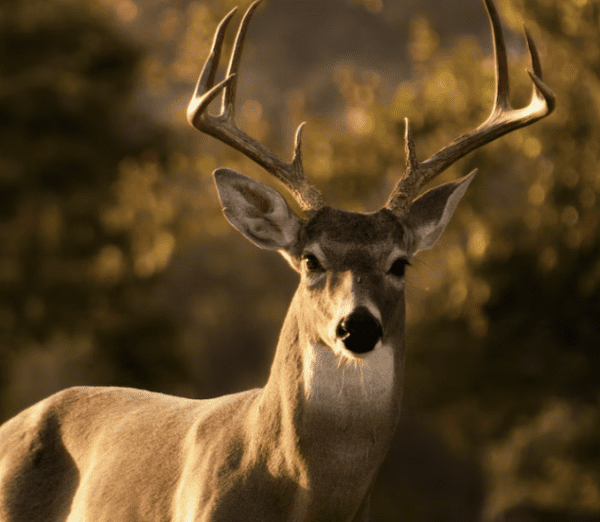 More than 400,000 deer hunters are preparing for the firearms deer season that opens Saturday, Nov. 5. The season offers opportunities to spend time outdoors with friends and family, find adventure and put venison in the freezer.

Deer hunting is the primary tool used to manage deer populations, and hunters help keep deer numbers in line with population goals across the state. Managing deer populations contributes to the overall health of Minnesota’s landscapes, natural systems and economy.

Minnesota Department of Natural Resources’ wildlife managers report good opportunities to harvest deer in most areas. Hunters need to know the boundaries of the deer permit areas and any chronic wasting disease regulations that apply where they hunt.

Weather conditions for deer and other farmland wildlife were again favorable in 2021-22 in most parts of the state. Most winter conditions were average for both temperature and snow depth. Spring was wetter and cooler than average but heat and drought conditions again returned in late summer and early fall. Overall weather conditions had no impact on the deer herd and fawn production was very good.

Habitat is in good shape. River floodplains, which offer some of the best deer habitat and deer hunting in the southern region, have had nearly three years to recover from persistent flooding. These floodplain habitats are once again offering excellent deer cover, which bodes well for deer hunters.

Upland grassland areas and wetland basins are in good shape as well, and hunters may encounter lower water levels or completely dry wetland basins due to the deepening drought. Large blocks of grass with embedded wetlands are prime deer habitat in the southern region.

Overall deer populations are strong throughout the south. All deer permit areas underwent population goal setting last year resulting in additional lottery permits being available for most deer permit areas or increased deer bag limits. The movement toward more liberal harvest strategies reflects a growing deer herd across the southern region. Additionally, hunters are encouraged to make a plan and must follow any CWD sampling requirements and carcass movement restrictions in their DPA.

As always, the largest uncertainty in determining overall deer harvest is the amount of standing crop remaining in the field during firearms deer season. The crop harvest is in full swing and most corn should be in the bin well before the firearm deer season. Crop harvest usually improves hunter success.

Following dry conditions this past summer, hunters will find small bodies of water or wetlands that are low or dry, which will improve hunter access. Acorn production has been generally good across the region. Because of the dry conditions, hunters should take precautions with campfires, especially when there is no snow on the ground.

Deer populations are robust in central Minnesota and are above goal levels throughout nearly all central Minnesota deer permit areas. Many permit areas allow a hunter to harvest up to three deer, and hunters can harvest up to five deer in DPAs that are part of the CWD management zone. Hunters are encouraged to make a plan and must follow any CWD sampling requirements and carcass movement restrictions in their DPA.

Crop harvest appears to be continuing on track and it’s estimated that most crops will be harvested by the start of firearms deer season.

Winter 2021-22 weather was moderate or severe with deep snow over most deer permit areas in the northeast region. During severe winters, thermal cover and forage availability become more important. In deep snow, deer have more difficulty moving around and become more susceptible to predation.

Many northern permit areas are still struggling to recover deer numbers. As a result, many areas will again have lower antlerless permit offerings or will be bucks only. This will give local deer populations the chance to grow in areas where their numbers are below the established, publicly vetted population goals. The DNR will be reviewing deer population goals this winter for DPAs in the East Central Uplands goal block covering the southern portion of the northeast region.

The best harvest opportunities will be in the southern portion of the northeast region, where deer numbers are higher and not affected by winter weather to the same extent as the more northern permit areas. The highest deer numbers are expected in areas of mixed habitat of open fields and forest. Current dry conditions will provide good access for hunters. CWD management zones in the region will provide additional harvest opportunities. Hunters are encouraged to make a plan and must follow CWD sampling requirements and carcass movement restrictions in their DPA.

In the northeast region, three interrelated factors have the most impact on the deer population: forest habitat quality, winter severity and predation. Forest cover, food availability and predator numbers, as well as hunting pressure, vary across the landscape and can make a big difference on local deer populations. Differences in seasonal weather and deer survival, especially over winter, greatly affect local deer numbers. Scouting for local pockets of deer will improve hunter success.

Last winter was severe in some parts of the region, most notably in the Bemidji area and farther north, according to the winter severity index. While some deer mortality was observed and reported, the deer population throughout the northwest region appears to be in good shape. Some parts of the region, particularly the far northwest, received excessive rainfall last spring, while further south, rainfall amounts were less than average. Summer conditions were much improved from last summer’s drought. Forage availability, including a good acorn crop in most parts of the region, has been reliable. Barring any major rainfall, access to public land should be better than average, with low water in ditches and wetlands.

Deer populations are mostly stable in the region. There are plenty of deer on the landscape and hunters who do their homework and spend time in the woods and fields should have plenty of opportunities to harvest deer. Many DPAs in the region have two- or three-deer limits, and hunters are reminded to check the regulations for the DPAs they hunt. Some DPAs have lower, more restrictive deer limits because of concerns about last winter’s effect on some local deer populations where winter severity index values were high. Lower deer limits will enable local herds to recover and possibly grow — some examples include DPAs 114, 184, 203, 251, 258, 269, 270, 271, 272, 287, 297 and 298, which are among DPAs with one-deer limits, as well as permit area 111 in the Baudette area, which is “bucks only” because deer populations remain below population goal range.

CWD sampling will be mandatory during the opening weekend of the regular firearms deer hunting season in parts of the region, including the East Grand Forks-Crookston-Climax area throughout DPA 661 as well as in DPA 184 and the adjacent DPAs. Hunters should refer to the Minnesota Hunting and Trapping Regulations handbook or the DNR website for important details about CWD sampling and surveillance, carcass movement restrictions, and deer feeding and attractant bans, and more. Hunters are encouraged to make a plan and must follow any CWD sampling requirements and carcass movement restrictions in their DPA.